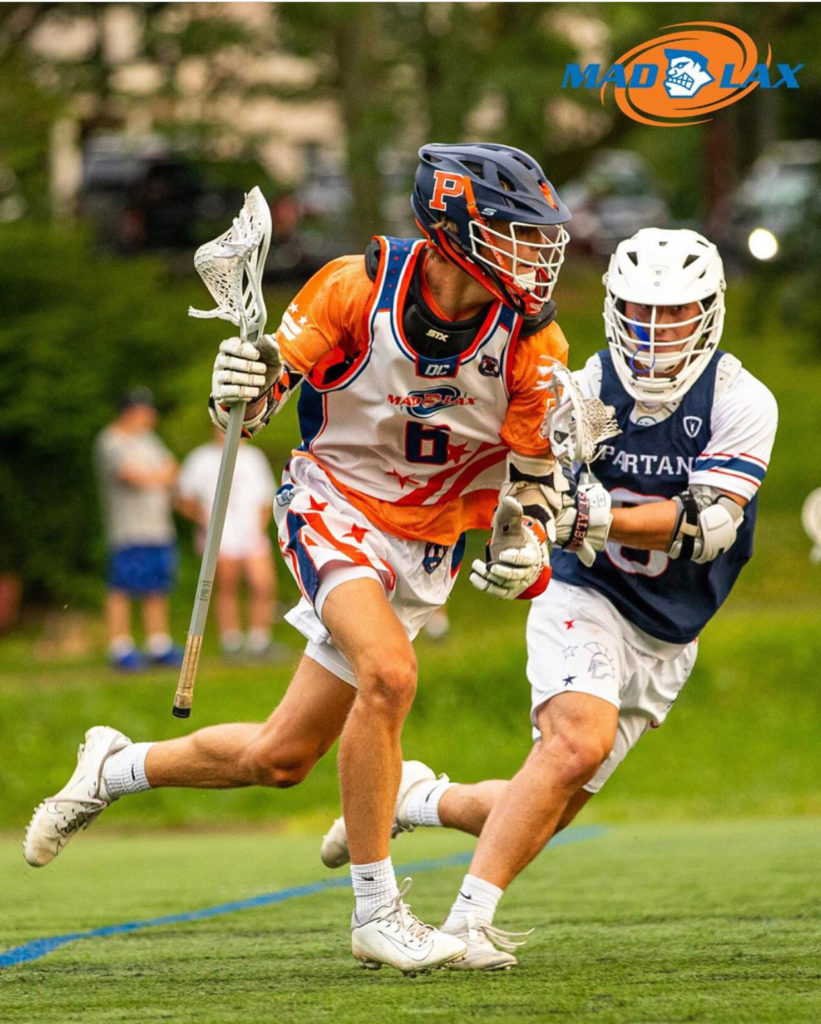 John Fontham, defense, St. Stephen’s & St. Agnes (Va.) (Highlights)
A tall lefty at 6-2 that’s also put together, Fontham is gaining a ton of steam as a late ’21 recruit, both of because of his play and an SAT score north of 1,500. The physical Fontham is always paired against the opponent’s top righty attackman because of his ability to go stick on stick.

Alex Holmes, attack/midfield, Potomac (Md.) (Highlights)
Holmes has been tearing it up early this summer, and it’s not hard to see why. A 6-3 offensive mismatch, he’s at his most dominant as a midfielder, though he can also bump to attack. He inverts very well and is a polished offensive player with his ability to dodge to feed or score.

Dylan Hsu, attack, Georgetown Prep (Md.) (Highlights)
A tough, hard-nosed dodger with excellent vision, Hsu has the ability to create for himself or his teammates. A multi-year starter for Georgetown Prep, he’s equally adept at shooting lefty or righty, and can get buckets from a number of spots on the field.

Aidan Fairchild, defense/LSM, Patriot (Va.)
A big-time lefty defenseman who doubles as a AAA hockey player, Fairchild is an elite athlete with a physical style. He’s more than capable of shutting down top attackmen.

Tristan Lenard, goalie, Patriot (Va.)
A sparkplug in the cage for MadLax, Lenard has very quick feet to go with quick-twitch hands, which allows him to come away with a number of elite-level saves. He’s off to a hot start to the summer with some impressive stops.

Charlie Muller, defense/LSM, Bullis (Md.) (Highlights) NLF No. 51 ’21
A relative newcomer to the sport, Muller has all the physical gifts needed to be a monster at the next level. The 6-3 lefty is at his best at LSM, though he can also play close, and his length, upside and excellent grades will endear him to just about every college coach.

Will McCulloch, attack, St. Stephen’s & St. Agnes (Va.) (Highlights) NLF No. 39 ’21
The lefty quarterback type has change-of-direction and quickness for days, and he’s more than capable of putting your best defenseman in a spin cycle. A very good shooter and finisher, McCulloch can also find the open man with his feeds.

Charlie Reynolds, midfield, Robinson (Va.)
Reynolds thrives as a midfield initiator with his ability to go either righty or lefty, and he’s a very gifted offensive player that can score with the best of ’em. An attackman in high school, he eats short sticks for breakfast when he runs out of the midfield for MadLax.