Team 91 midfielder Andrew McAdorey is the No. 1 player in the inaugural NLF Class of 2021 rankings. Photo via Matt Chandik.

Andrew McAdorey got the ball, took one step, faked one way and dashed the other with nothing but turf in front of him, leaving behind an attackman on the ground wondering what had just happened as McAdorey’s Team 91 Crush teammate, defenseman Nick LiCalzi (South Side, N.Y./Navy), started laughing at the sight of it all.

Crush was en route to its second straight NLF Class of 2020 national championship at UMass’ Garber Field, and it was one play that showed a lot of what made McAdorey into an elite prospect. You could make the argument that he was the best clearing midfielder in high school lacrosse last year as a sophomore, but he was also a dynamic offensive threat, one that racked up 26 goals and 21 assists as St. Anthony’s (N.Y.) won the state title as part of a 15-1 campaign. Even on a loaded team, McAdorey stood out as one of its very best players all over the field, and he was widely considered the Friars’ top defensive midfielder.

It’s that gamebreaking ability all over the field that made McAdorey the unanimous No. 1 prospect in the class of 2021 in the inaugural National Lacrosse Federation player rankings. He’s played up with the 2020 Crush team forever, helping the country’s top 2020 team to tournament title after tournament title. There’s little doubt that his phone will be working overtime at midnight on Sept. 1, and he’ll be able to go to any school of his choosing.

“It’s humbling, and it’s an honor to be considered No. 1,” McAdorey said. “I definitely have to thank my teammates and coaches for helping me get here, as well as my parents, Mike and Cindy. Playing the best talent around brings out the best in you every time you step on the field, and being surrounded with such great talent like (St. Anthony’s and Crush teammates and Duke commits) Brennan (O’Neill) and Aidan (Danenza), (Shoreham-Wading River, N.Y./North Carolina) Xavier (Arline), (’22 standout) Joey (Spallina) and all of those guys really adds a lot to my game. They’ve helped me a lot, and Coach Joe (Spallina) always said that in order to be the best, you have to play against the best.”

McAdorey isn’t the tallest midfielder, but he’s solidly put together and has that incredible agility, speed and quickness, which means that defending him with a short stick is out of the question. He has an extensive box lacrosse background, too, which shows up in his ability to get his hands free in traffic, which means that he’s a scoring threat from all over the field. His Crush career is over, but the Team 91 dynamo isn’t done making life miserable for goalies or anyone who tries to slow him down on the clear.

“Andrew is a world-class talent and whoever is lucky enough to get him is getting an incredible player with an unparalleled work ethic, and he thinks like a coach,” Spallina said. “To me, that’s a very rare combination. When you combine his athleticism, high IQ and skill, there’s not a doubt that he’s the best player in the 2021 class, and he’ll be an instant-impact type of player in college.”

Welcome to the first National Lacrosse Federation player rankings. We’re kicking things off with the top 50 players in the class of 2021, but there will soon be a top 50 for the class of 2020 and a top 15 for the class of 2022. Players must play for an NLF club or have played at the NLF Opening Weekend or NLF National Championships to be considered for the rankings, which was chosen in consultation with club coaches and college coaches, as well as in-person evaluations. It’s a deep class that’s particularly talented on the defensive end, which is reflected in the 18 defensemen or LSMs that dot the list. More than 100 players were considered for the top 50, and a list of some of the honorable mention names will be published soon. The NLF draws the best players and teams in the country to its events, and many of the players on the rankings will be college lacrosse’s stars of tomorrow. 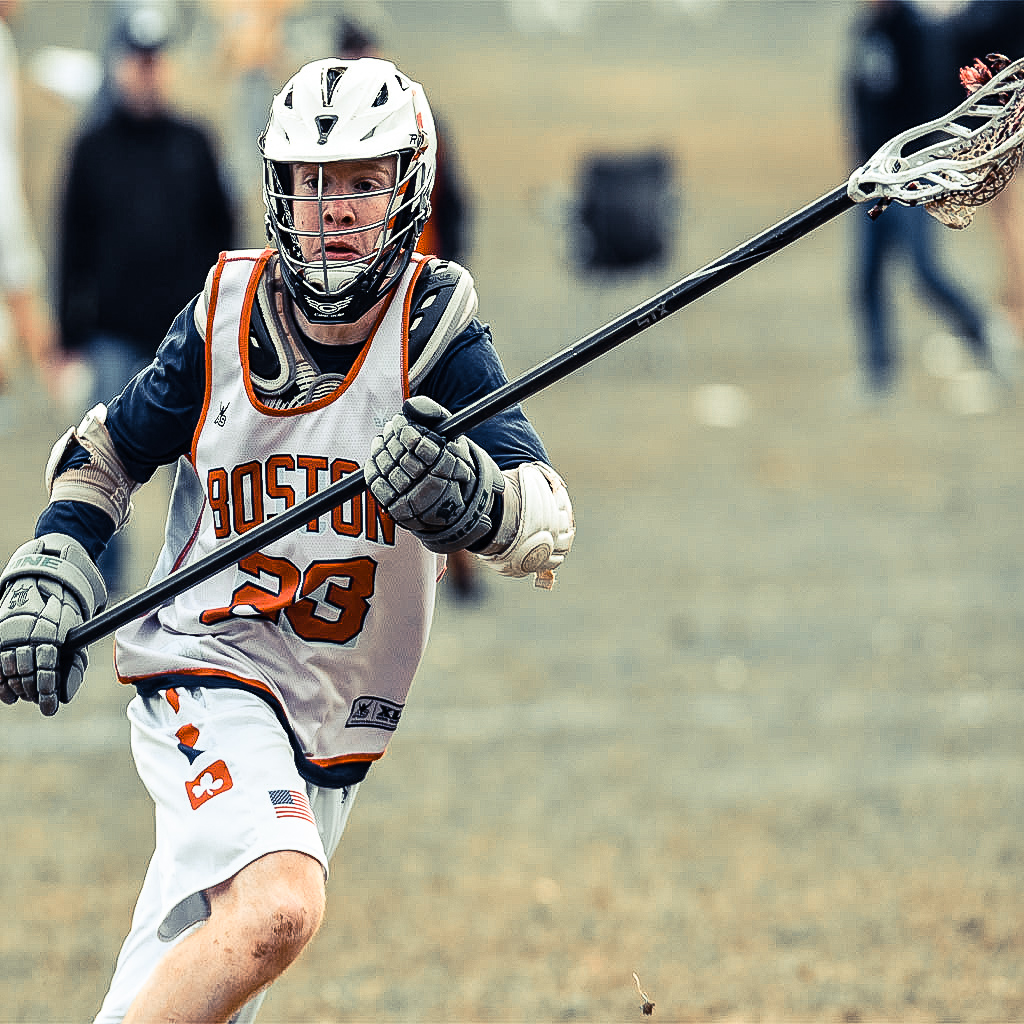 There aren’t many 2021 LSMs better at taking the ball away than Laxachusetts’ Ronan Doherty. Photo via Matt Chandik.